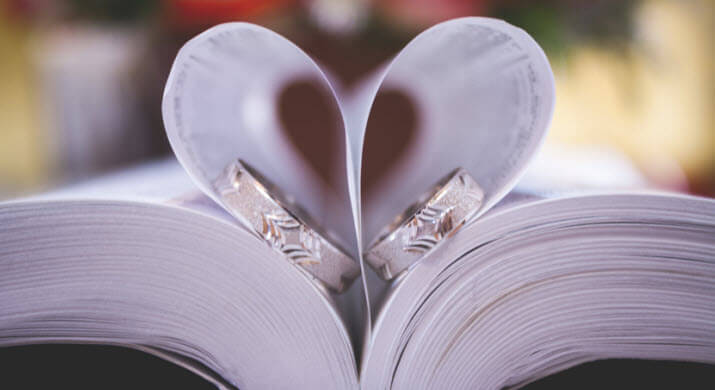 These three anniversary years — the 25th, 50th and 60th — should never be forgotten. The silver, gold and diamond anniversary milestones call for big celebrations and beautiful, thoughtful gifts for parents and grandparents.

Below you’ll find a list of our top-rated and best-selling wedding anniversary gifts for parents or grandparents to commemorate their loving bonds and commitment. If you’re throwing an anniversary party for them, check out anniversary favors and party supplies, which can be customized for any year of celebration.

The 25th anniversary is represented by silver, which symbolizes radiance and the value of a long-lasting marriage.

Your parents’ 25th wedding anniversary is the perfect time for the happy couple to reflect on a quarter of a century spent together. A beautifully engraved silver picture frame, canvas wall art, custom photo book or photo album are all great ways for them to do just that. Use their wedding photo, your favorite photos of Mom and Dad, or let them decide which memories to feature. A great silver anniversary gift for parents should be something that will serve as a lovely reminder of their 25 years together.

The traditional 30th wedding anniversary gifts are pearls, which symbolize hidden beauty as a reminder that true beauty always comes from within.

Being married for 30 years is truly a blessing. If your parents are religious, commemorate their important milestone with a personalized anniversary wall cross, family bible, or a keepsake gift that includes a special anniversary blessing. Include their names, wedding date and the years they’ve been married, along with a beautiful blessing that will touch their hearts. Another way to celebrate your parent’s 30 years of happiness is with gifts they can enjoy. Consider a set of champagne flutes, a serving tray or a crystal chiller and ice bucket customized with their anniversary year, wedding or anniversary date, names and other custom details skillfully engraved on the front.

The 40th anniversary is represented by rubies, precious gemstones that symbolize love, passion and the eternal flame of a lasting marriage.

The 40th anniversary is an important milestone that should not be overlooked. Treat your parents to a big family dinner or host a party in their honor. Look for gifts that add include meaningful details, like a custom family established plaque for their house or a blanket that includes special details of their relationship. If they like to entertain, customize a wine decanter, wine glasses, ice bucket and cocktail shaker, or a custom engraved wood cutting board. If they enjoy flowers in their home, you can personalize a beautiful flower vase instead. Whatever you choose, make sure you’re creating a meaningful keepsake gift they can use to celebrate every wedding anniversary to come.

Congratulate your parents on their 50 years of marriage with a set of stunning champagne flutes with gold hammered details. Their golden anniversary will be so much more special when they enjoy a toast from these sparkling glasses. Simply add their names and anniversary date to be engraved right on the glasses. You can also personalize a keepsake with their wedding photo alongside a current photo. Or opt for a unique family tree with a gold base that can be customized to include family name, date or a special message. The tree can old up to 50 names on coordinating golden disks to include everyone in the family. It’s a beautiful anniversary keepsake that will make the perfect gift for their golden anniversary.

For parents and grandparents celebrating their diamond anniversary, consider a custom etched crystal vase with their anniversary year, date and names to create an elegant gift they will love to display on special occasions and throughout the year. If you’re having a big anniversary party for the special couple, look for gifts they can enjoy during the celebration, like toasting flutes, an engraved cake server and knife set or keepsake that can serve as their table decor. Our anniversary chronicle canvas prints is another great gift that any couple celebrating an anniversary will enjoy. But it’s especially fun for couples celebrating their big milestone anniversaries. This unique canvas print displays important events, famous birthdays, songs, movies, sports stats and even a cost of living comparison from the date of their wedding to today.

Anniversary Gift Ideas For Every Year 💍